The 10 Craziest Food Concoctions at the Fair

The Great New York State Fair is known for its gut-busting, wacky and scrumptious foods. Here are ten of the craziest food concoctions you should try during your visit. 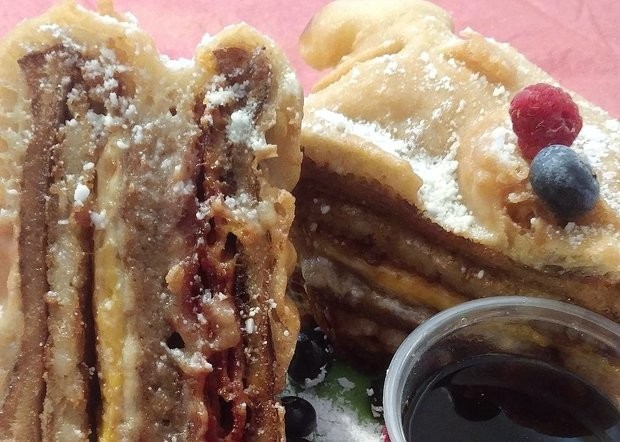 Ready to eat an entire deep-fried breakfast to get your morning up and running? Jim Hasbrouck of Fried Specialties has created another one of his tasty specialties exclusively for The Great New York State Fair. The massive breakfast specialty includes bacon, sausage, ham, hash browns and eggs all doused in French toast and pancake batter and deep fried to perfection. Served with a large heaping of maple syrup, the new dish is sure to cure anyone’s over-the-top breakfast cravings.

If breakfast isn’t your thing, Fried Specialties has you covered. This year, they’re debuting thick-cut bacon battered with crushed Doritos, deep fried and served with chipotle sauce and cheddar cheese. As a grand finale, Jim also will be offering deep-fried, chocolate-covered crickets and grasshoppers. Yes, you read that right!

Find it at the Fair: Fried Specialties, Restaurant Row 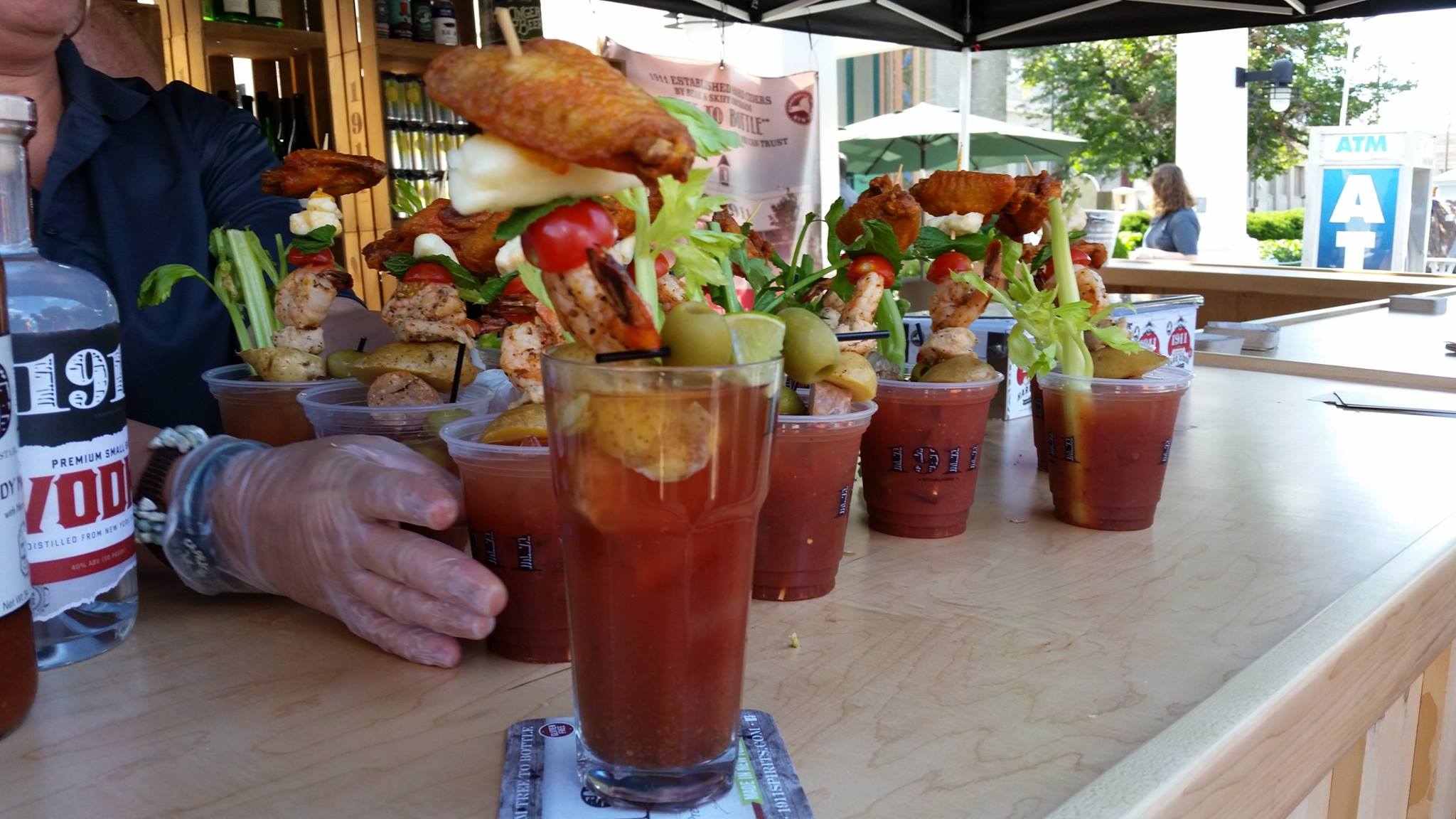 Find it at the Fair: Empire Room restaurant 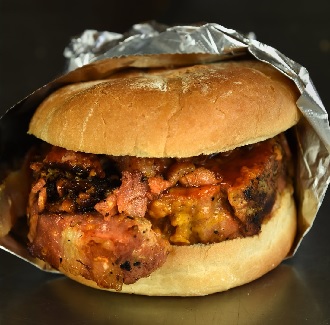 What has sausage, bacon, cheese and bread all in one? The Bacon Bomb, of course! This specialty sandwich will have your mouth watering with Italian sausage (wrapped in smoked bacon), bacon crumbles, cheddar cheese and BBQ sauce, all served up on a tasty steak roll. More bacon, please!

Find it at the Fair: The Bacon Bomb 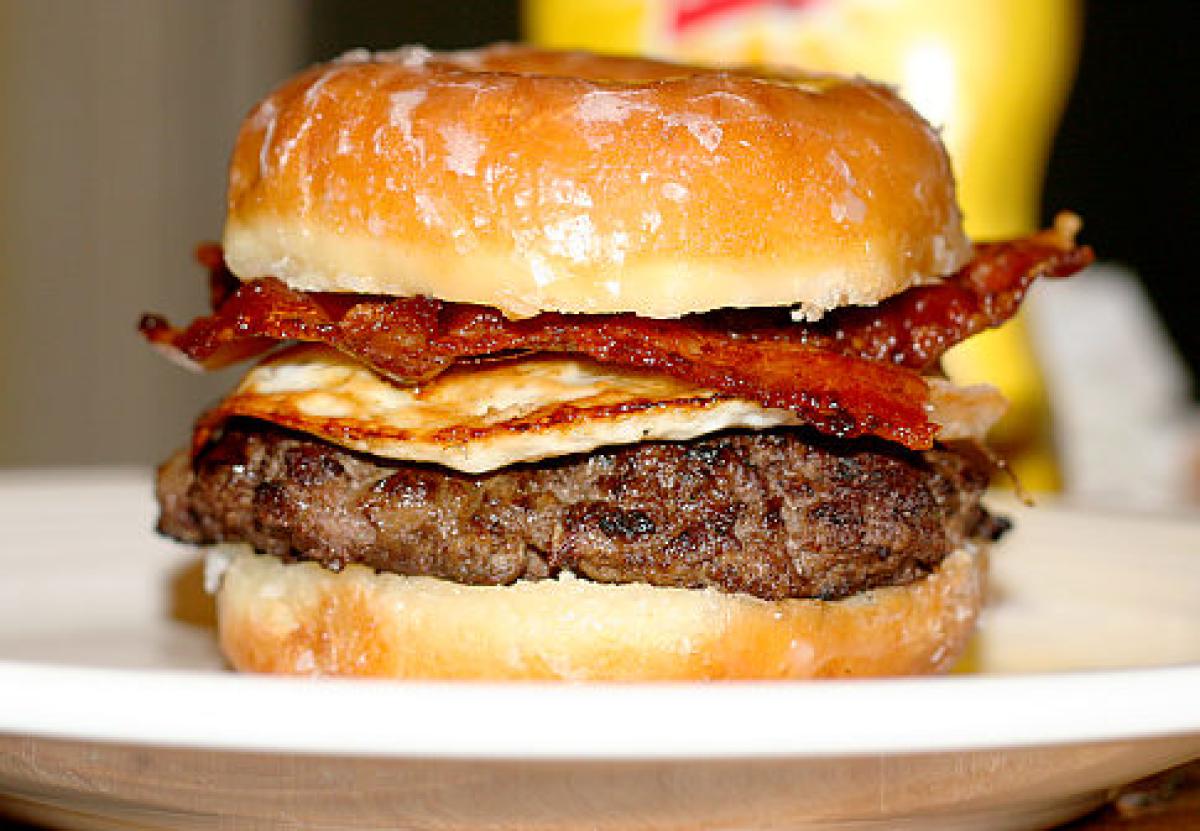 The Big Kahuna Donut Burger is “two meals in one!” The gut-busting creation is a quarter-pound burger set between a grilled glazed doughnut, bacon, the cheese of your choice, lettuce, tomato and onion. Big Kahuna’s burger is the perfect marriage of a coveted breakfast delight and an all-American meal. It’ll also cost you about 1,500 calories—so lace up those sneakers and take a few laps around the Fair!

Find it at the Fair: Big Kahuna’s 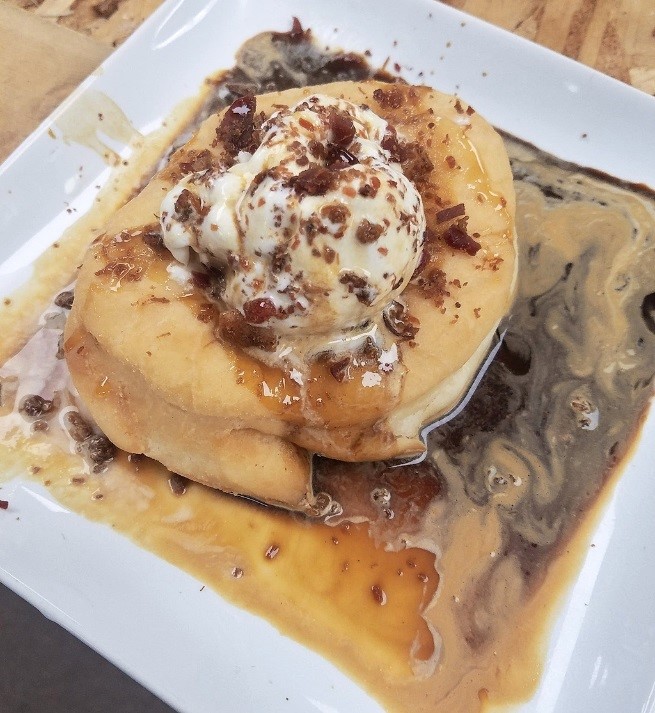 The Affogato Special Donut Espresso Utopia is as good as it sounds. To create the perfect pick-me-up, a Geddes Bakery doughnut is topped with ice cream, bacon, maple syrup and a shot of espresso. And if you’re craving coffee without the delicious doughnut, Recess Coffee is not only the Fair's only coffee provider, but also its only full-service coffee shop.

Find it at the Fair: Recess Coffee 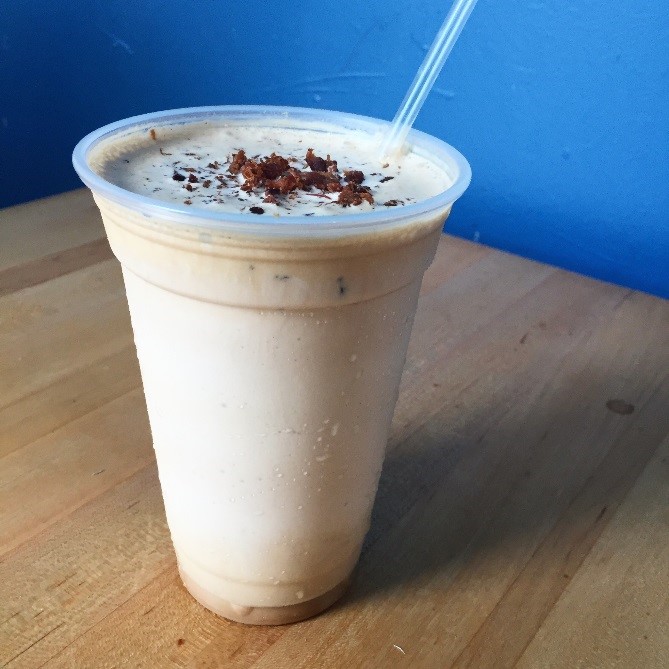 Recess is a two timer on our list, thanks to its luxurious Maple Bacon Espresso Milkshake. Need a pick-me-up after your gut-bombing meal? They’ve got you covered. Cool off in the summer heat, energize for your next go-around on the Ferris wheel and satiate your thirst for bacon while you’re at it!

Find it at the Fair: Recess Coffee

The spiedie, a dish local to Binghamton, normally includes marinated cubes of meat on a roll. Usually it’s made from chicken, lamb or beef, but Carr’s Cove gives the spiedie a new twist with this State Fair creation—kangaroo loin! Where else will you find such an exotic take on one of Central New York’s favorite BBQ treats?

Find it at the Fair: Carr’s Cove, Horticulture Building 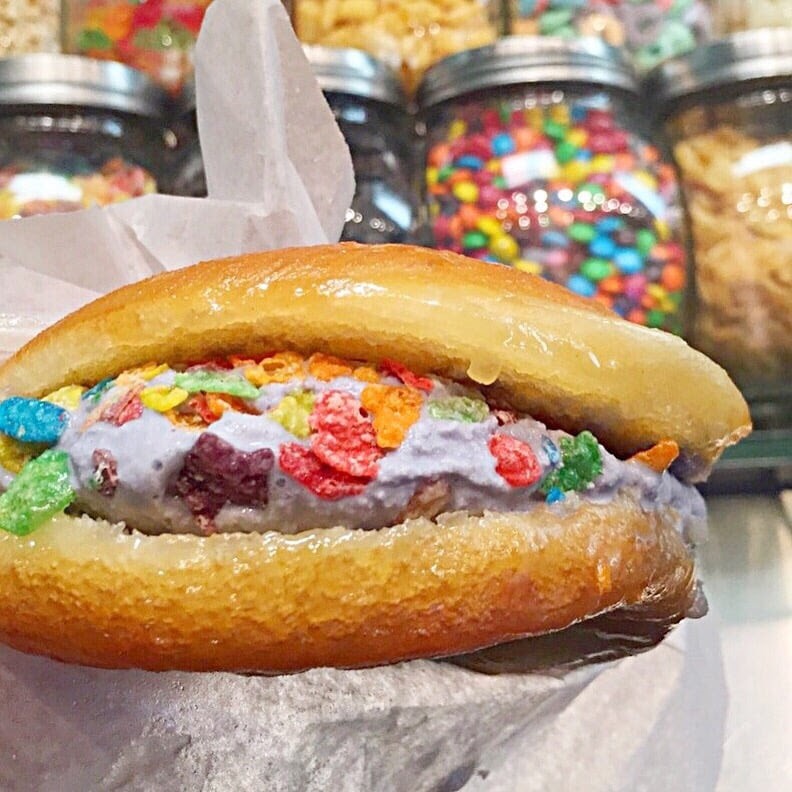 Brand new this year, The Milky Bun is going to be the talk of the Fairgrounds. The dish begins like any good food should—with a doughnut. The doughnut is then cut in half so you can choose your favorite ice cream flavor—along with the best toppings—inside. Finally, the doughnut goes into a warmer that heats the outside without sacrificing the ice cream. Finally, top your new favorite food with more toppings or doughnut glaze!

Find it at the Fair: The Milky Bun, Dairy Products building 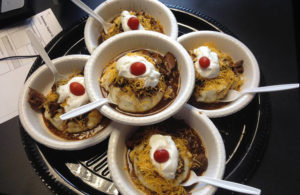 It may seem like an ice cream sundae, but don’t let it fool you! The New York Beef Council’s famous hot beef sundae is savory, not sweet. Get your fill with delicious mashed potatoes, thin-sliced roast beef, cheddar cheese, sour cream and a cherry (tomato) on top!

Find it at the Fair: Shake it Up, Dairy Products Building 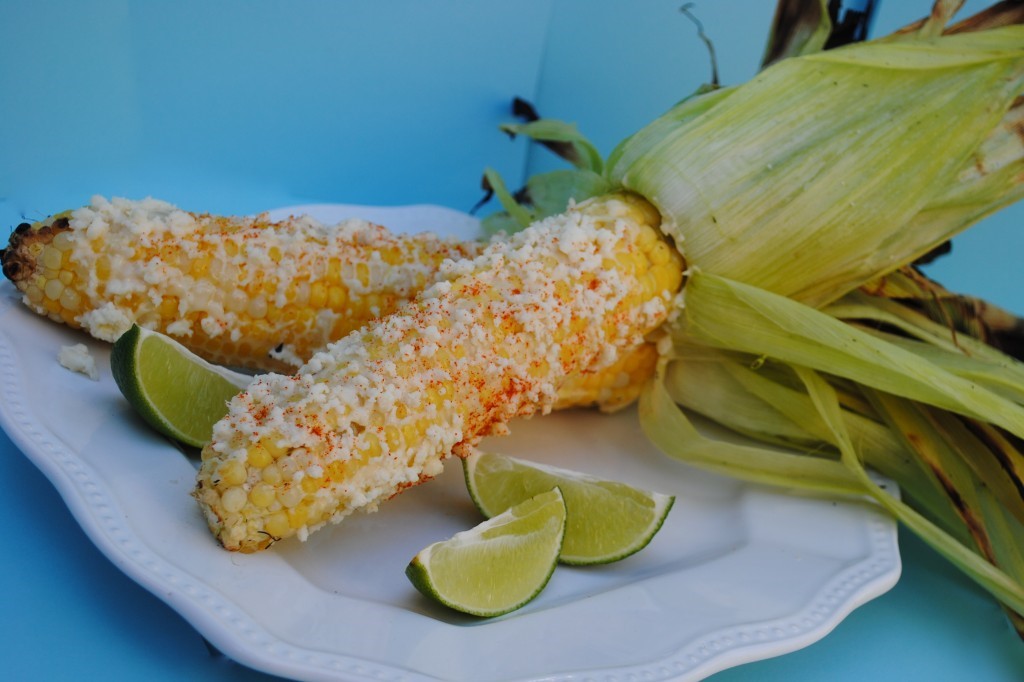 The Fresh Roasted Corn stands at the New York State fair have added a new item to their menu with a new and improved twist on a Fair favorite—roasted corn. Mexican Street Corn, a traditional Mexican street dish, transformed roasted corn with a mixture of mayonnaise, queso cotija, spicy seasoning and a hint of lime. The only way to improve an already delicious food is to slather it with this savory mixture! The result is sweet, salty and spicy. It’s the taste of summer south of the border.

Find it at the Fair: Fresh Roasted Corn 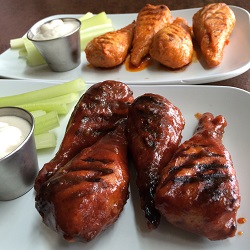 Find it at the Fair: Strong Hearts Café, International Building.

The Fairest of Them All: The Cutest Furry (and Not-So-Furry) Friends »

Be the First to Know